“For Ramón Bilbao, sustainability is a priority. We are strengthening our action plan in a programme for the coming years, by way of an answer to climate change. This is another step in our pursuit to be a conscious company and take responsibility for our impact on the planet”. These words, spoken by Rodolfo Bastida, Directing and Technical Manager at Ramón Bilbao, summarise the sustainable vocation and more than ten years of work against climate change that has been carried out at the company’s bodegas. This work has reached a culmination now with the launch of Organic, Ramón Bilbao’s range of ecological wines, which will enter the market with a red from Rioja and a white from Rueda.

Organic, the culmination of a commitment to sustainability

Organic marks a breakthrough in Ramón Bilbao’s resolve to be a reference in sustainability in the wine sector. 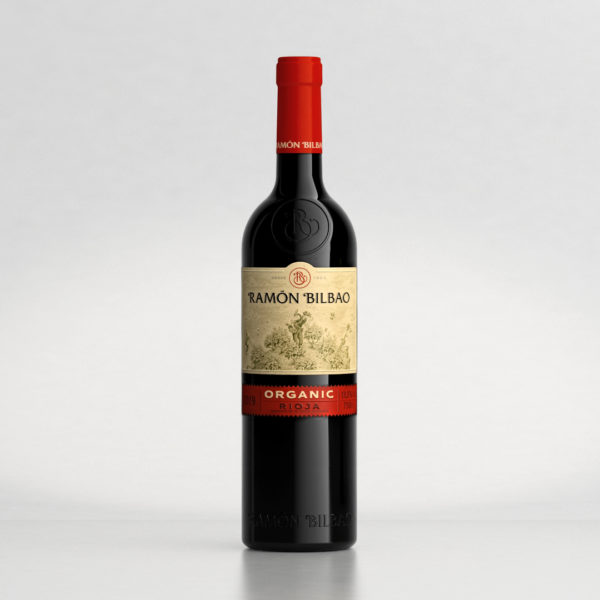 Ramón Bilbao Organic Tinto 2019 is a red from the DOC Rioja, made with Tempranillo (80%) and Garnacha (20%) from the seven hectares of Ramon Bilbao’s ecological vineyard situated on the slopes of Monte Yerga, in East Rioja, at an altitude of 600 metres, on stony land, with areas of clay and an underlayer of limestone.

It is made with destemmed grapes and undergoes ageing in American oak barrels for eight months. This expressive wine has notes of red fruits, balsamics and spices, and is balanced in mouth with balanced acidity and structure.  PVP: €10,95 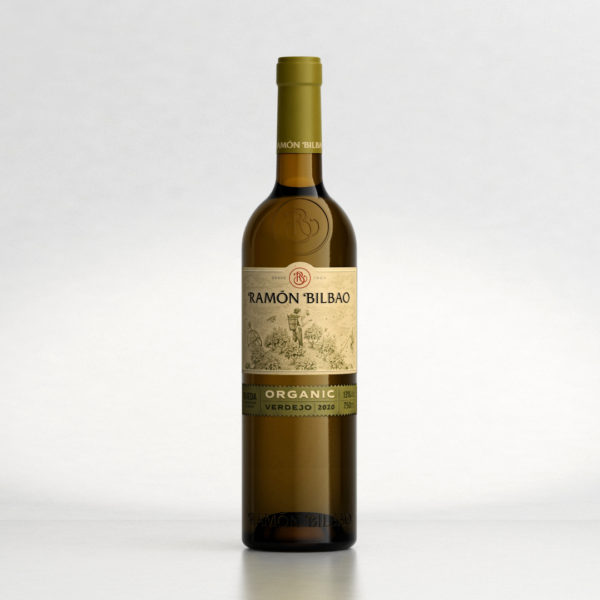 Ramón Bilbao Organic Blanco 2020 is a wine made from the Verdejo variety from ecological vineyards from the Las Amedias estate, where Ramón Bilbao has 14 hectares of ecological crop at an altitude of 700 metres, on soil that is low in organic material. This wine’s pleasant volume is thanks to the fact that is it partly aged on its lees in French oak foudres. The result is a herbal, citric white which blends notes of fennel and balsamics with tropical and floral aromas. It is fresh in mouth, oily and full-bodied. PVP: €8,45

These two wines, which have already been available in countries like the United Kingdom for several months, will reach the Spanish market over the next few days with a production of 50,000 bottles each, and will also be on sale at the Ramón Bilbao wine stores in Haro and Rueda, as well as at the online store Club Venturio

Working for a more sustainable world since 2008

Over the last 30 years, a temperature rise of 0.9 to 1.2ºC has been detected in the area that makes up the DOCa Rioja, going as high as 1.6ºC in areas like Moncalvillo and Alto Najerilla.

Ramón Bilbao has been studying the climate and surroundings of its production locations since 2008, and it was one of the first bodegas in Rioja to launch a wine that warns of the need to find higher-altitude vineyards in order to avoid the negative effects of climate change. Said wine, which entered the market in 2012, is called Ramón Bilbao Viñedos de Altura and made the statement that wine production should act to protect the surroundings.

In 2017, Ramón Bilbao became the first Spanish bodega to obtain Wineries for Climate Protection certification for both its bodega and vineyard, the first and only certificate especially aimed at the wine sector for environmental sustainability, and backed by the Spanish Wine Federation, an organisation currently presided by Emilio Restoy, CEO of Zamora Company (of which Ramón Bilbao is a member).

This certificate shines the spotlight on issues such as energy efficiency, renewable energies, the reduction of greenhouse gas emissions, water management and waste reduction.

A step further in the creation of a sustainable bodega

In addition to the above, Ramón Bilbao also carries out specific practices at its vineyard and bodega that help to slow the negative effects of climate change.

Out in the field, methods of sexual confusion are used on insects to reduce the use of pesticides. To the same end, preventative treatments are applied, as well as the practice of precision agriculture, which simultaneously helps save resources.

Furthermore, Ramón Bilbao uses organic fertilisers of ovine origin to avoid adding chemicals to the soil. Among these and other measures, it seeks out and grows on high-altitude vineyards, so as to obtain optimal maturation and wines that are balanced and fresh.

At both winery and vineyard, the machinery used is sustainable so as to reduce gas emissions. Investments are made in I+D, carrying out projects aimed at finding alternatives to current treatments and reducing their use as much as possible, while simultaneously working in such a way that respects the local fauna, promoting the planet’s essential biodiversity and helping to conserve the environment.

Practices to boost recycling are also in place, and 90% of the energy consumed by Ramón Bilbao in Rueda comes from renewable resources.