Mar de Frades Finca Valiñas has been crowned World’s Best White Wine at the CONCOURS MONDIAL DE BRUXELLES, one of the most prestigious competitions in the wine sector, upon receiving the highest score among over 7,000 international wines that took part.

From 19th to 21st May, one of the world’s most prestigious competitions brought together experts from the wine sector across the globe to taste over 7,300 wines from almost 40 countries worldwide. The winners include wines from six continents, not only from regions renowned for wine production, but also less famous sources like China, Peru and Kazakhstan.

The highest-scoring white wine in the competition this year is Mar de Frades Finca Valiñas 2017, which also obtained the Grand Gold Medal and was named one of the competition’s Revelation White Wines.

France holds the greatest number of medals (445), mostly for wines from Bordeaux and  Languedoc-Roussillon. Spain is in second place, with 433 medals, mainly for wines from the Castile & Leon and Rioja regions. The hosting country, Italy, sits at third place, with 351 medals to its name. The Italian regions to have received awards are Sicily, Tuscany, and Apulia. In fourth place is Portugal, with 296 medals, followed by China, with 141.

All of the wines were tasted by the panels of judges that take part in the Concours Mondial de Bruxelles, made up of experts selected with great care to represent 45 nationalities. The rigorous evaluation process is based on a model designed by the OIV and the International Union of Enologists. A medal is awarded to at least 30% of the wines taking part.

The next Red and White Wine Session of the Concours Mondial de Bruxelles will take place from 12th to 14th May 2023 in Istria, Croatia, at the 30th edition of the competition. 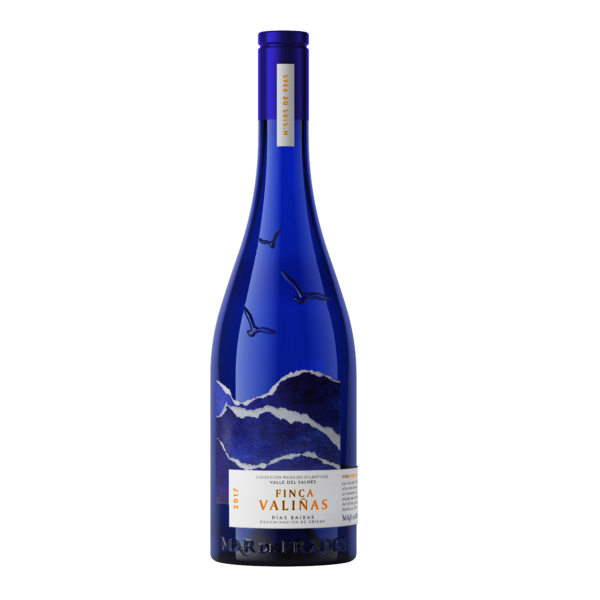 The most iconic Spanish white wine

Mar de Frades Finca Valiñas is the Galician bodega’s most iconic white wine. Born in the heart of Val do Salnés, it comes from a unique vineyard of 2.2 ha, located at an altitude of 127 m where old vines of Albariño are grown with great care in the Galician microclimate. The soils are of sandstone and granite, with great drainage capacity. The vines, planted in 1975, run along the traditional arbors of the area.

During harvest, the clusters are selected and cut by hand and placed carefully into flat boxes. At the bodega, they are laid out on the selecting table, and only those in perfect condition will be taken to the Ganimede deposits where the grape (pulp and husk), with the protection of CO2 and without adding sulfites, will macerate for 20 hours at a temperature of 14ºC.

The clean must is fermented with indigenous yeasts for 20 days and, once this process is terminated, rests on its fine lees for the first year. During 2019 and 2020, it was aged in stainless steel vats with its lees. The lees are moved around (batonnage) once every two weeks during the first year, and once a month during the second. Following a resting period, the wine is bottled and spends the last year aging in bottle, resting in the bodega at a controlled temperature.

This Albariño is an expression of time.

What is more, this award coincides with the arrival of a new image for Mar de Frades Finca Valiñas — a new look for a wine whose signs of identity remain unmistakable, like its origin in a vineyard over 40 years old overlooking the Ría de Arousa.

While Finca Valiñas has not changed its enological profile, it has evolved its image, with a new very distinguished burgundy blue bottle, personalized with the characteristic seagulls in its form, symbolizing a reinterpretation of the Galician landscape with a label that sighs of the Atlantic world of Mar de Frades.